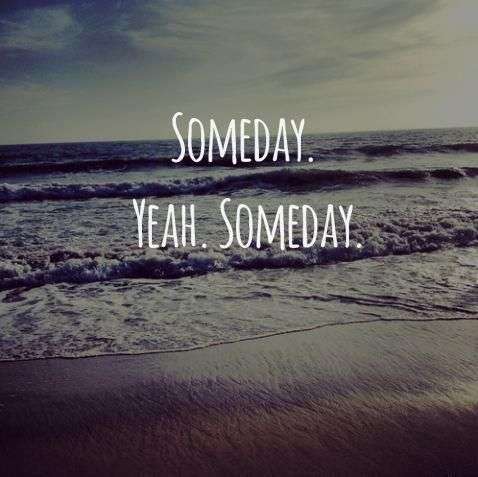 PART VI: Been out of touch, but I was answering the call of Becoming

Did you miss my last “I’M BAAAAACK!” JOLT Notes from the last several weeks? See PART I through Part V HERE and, if they speak to you, follow them up with the next installment below. Thanks for your interest in “Becoming”.Shall We Truly Play Again?One of the most famous (and misquoted) lines from cinema is Humphrey Bogart’s “Play it Sam.”He’s reminiscing about a love and a time gone by.I’d say for many of us the idea of “playing” is something we reminisce over, perhaps from an earlier and seemingly simpler time. It rarely comes up as a regular and necessary part of our day nor is it a word that ever shows up within a sentence having to do with our goals and dreams.No. Instead, the pursuit of our “one day” and “someday” goals and dreams is generally replete with words and phrases like “work hard”, “make it happen” or other references toward a nose-to-the-grindstone mindset.“Working” towards goals has always seemed a more appropriate (and grown up/responsible) action to take rather than “playing” towards them.But I’m shifting that mindset personally. And I invite you to shift it for yourself as well.Hey, play beats work any day. Both you and I have “worked” very hard most of our lives!With the recent publishing of my book, The Back Forty: 7 Essential Embraces to Launch Life’s Radical Second Half, and the subsequent “Holy Hell! Now I’ve gotta live by this philosophy!”awareness that took me over (and out) for several months, I’m now waking up to smell the midlife coffee. That dog of “work hard” ethic just don’t hunt any more.That’s not to say the aspirations have dried up. It’s just to say that Divining that well is now going to come from a playful (vs workful) source.Playing for “One Day/Someday” TodayThe Back Forty: 7 Essential Embraces to Launch Life’s Radical Second Half is chocked full of a huge array of midlife self-examination and reevaluation questions – kind of like a midlife makeover – and one of the exercises in particular had me wake up in terms of my goals and dreams.In this exercise, called the “Top Ten Regrets”, you imagine finding out that you won’t be on the planet much longer, like your personal “bye-bye” time is almost here.We don’t usually live like we could be outta here at any moment, but that happens! And my belief is that a lot of regrets go with us because we didn’t take committed action on those things that matter most while we were still healthy and functioning in life.So, in this exercise you look at the regrets you’d have if you were all of a sudden – “POOF” – now on your way to what follows this earthly experience and how, with time still on your hands, you might finally take action on those “one-day” and “someday” dreams and goals NOW!You know, the pull of the moment and all those alligators nipping at our heels in daily life makes a big case – in our own mind – for continuing to delay those “one-day” and “someday” goals and dreams. It’s hard to take the time, right?I get it! But that “Top Ten Regrets” exercise in The Back Forty has woken me up to make the timefor those goals and dreams even when I don’t think I have the time.What are the Top Ten Regrets you’d have if you were to move on from this life unexpectedly in the near future?And what is one – only ONE – “one day/someday” goal that, were you to get into action around it with the support of others in the coming year would have you live a bit more regretlessly?It’s now time for that “one day/someday” goal of yours.The Back Forty Big Game Play ProjectTaking into account some of the main ideas I’ve been sharing in these several weeks of “I’M BAAAAACK!” JOLT Notes, namely that:• “Living” The Back Forty means constant growth, fuller Self-expression and Becoming.• Big dreams come into fruition by living into the gaps that we actively create for ourselves between  who and where we are right now and who and where we’ve declared that we want to Be.• Our hopes and dreams just can’t and won’t happen on our own. Becoming is a team sport!• We participate with others such that we can become a better player in some modality, and we do so  in a group environment made up of others also seeking to uplevel their ability to play.• Hey, play beats work any day. Both you and I have “worked” very hard most of our lives!You’re now the first to know: in the next few weeks, I’ll be organizing an exclusive group of folks to join together in bringing their “one day/someday” goals and dreams into reality TODAY (or, at least in the New Year).The co-created “game” that we’ll be playing in together is “The Back Forty Big Game Play Project.”If 2023 is your year to move those goals out of “someday” into your present life, stay tuned in the coming days and weeks for more info and an opportunity to join this small exclusive group.And, in the meantime, if you’d like to be first to know, first in line, and first to stick your toe in the water, benefit from a complimentary “PlayGame” coaching session with me this week to explore what your 2023 Big Game will be. Schedule a time HERE after grabbing a copy of The Back Forty.

Think differently, play better.Radically,DarrellCareerGuy and Back Forty Freedom FlierAgain, if you missed any of PART I through PART V, see them HERE.