Real World on "The Job"?: Episode 1, The Palms - CareerGuy.com 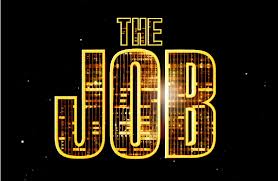 CBS’s mid-season addition to their Friday night line-up, “The Job”, has a lot going for it. It embraces a near-perfect world of hiring in which truly the best person for the job is actually hired and, if there’s a close-enough contender, heck, why not give them a job too? One of the first “reality shows” was called “Real World”…so I want to apply that concept to what “The Job” is offering us.

I love the idyllic world presented by the producers, and agree that this is the way life should be. And, as part of the whole educational purpose that the show positions itself to fulfill–besides the heart-warming entertainment–I want to assist that education by pointing out the so-called “truths” about being a candidate in this job market vs. the idealism of the show. Through educating the job seeker as well as the hiring manager, perhaps the more ideal world of work can arise.

The season opener on Friday, Feb. 8, pitted 5 candidates in a hiring contest to become the Assistant Manager at a long-time New York landmark restaurant, The Palms: a blonde Caucasian woman (Maggie); a couple of Hispanic men (Anthony, overweight, and Alex); a black woman (Jann); and a Caucasian male (Ryan). They each took their blows throughout the show, as is the case in all reality shows, because the juice is in the up-and-down drama. And yet, eventually, one was hired (Jann) by The Palms management…who happened to also find a role for the close contender in another location (Ryan).

I won’t recount the show. You deserve to watch it yourself. Yet, for the purposes of furthering your education toward a more ideal world of work (whether you be a job seeker or an employer), I will point out some valuable take-aways from the episode:

1. Though perhaps standard knowledge for some, the little commercial-break tips from the employers on such things as dress, communication during an interview, not asking for vacation right away, and not bad-talking former employers are little gems. I like that the producers included these because, even at the highest level of executive candidates out there, it’s amazing what some folks should know but apparently don’t. And for new folks to the job market, like my 18-year-old son, this is all fresh news.

2. Ryan shows early on that he is a serious contender by demonstrating the amount of research he had done on The Palms, thereby impressing the management on the initial hello portion of the show. The point: you can’t do too much research before an interview folks! Short of being a stalker, when you demonstrate that you are so interested in the other party (like on a date) by knowing about them and what is important to them, you gain points in what I call “relationship equity.” Relationship equity has a long arm of reach…which eventually pays off when Ryan gets a second job that they just happen to find for him.

3. Who’s kidding who? Was Maggie really “shocked” when she was eliminated as the first to be dropped? She showed neither any good sense nor understanding of the job. Unfortunately, outside of idyllic reality shows, those types still tend to know somebody who knows somebody…which can land them as your boss! I’m a huge proponent of not what you know but who you know, and because of her looks and eventual knowing the right person, she’ll land somewhere for sure. I’m glad the looks didn’t win the day in the idyllic world of “The Job.”

4. The whole idea of “protecting” a candidate and having other companies taking their pot-shots by making offers from the sidelines is a fun one to put in a show needing tension and make-or-break decisions. Bruce, the General Manager of The Palms, “protects” Ryan as the onlooking companies pull Anthony from contention by giving him a job offer. Good choice Anthony! You were looking weak on style alignment with The Palms, my friend! Anthony demonstrates that what may look unkempt and frumpy in one environment can be a perfect fit in another. The point: know the employer’s environment, and look like you just stepped out of it.

5. The very personal interest aspects involved in each candidate’s life story–a single-mom with 6 kids, a cancer survivor, a man who wants to make his dad proud–adds a touching flavor and demonstrates the very real impact that your personal story can have in a hiring presentation. You are a person getting hired by other persons…and if you play your personal cards right, they can enhance (and, in some cases, make up for) the necessary skills required to be hired. It’s not all about your story or personality, and yet politics and PR are as strong in hiring as they are anywhere else.

6. Jann, a beautifully smile-laden, southern, black single-mom with 6 kids is chosen as the winner of the Assistant Manager role over Ryan, the close runner up. How idyllic is that, when she is compared to a single, unattached Caucasian man who could drop everything and move to New York on a dime? Hello?? Schools for the kids? Worries that a single mom must deal with as a sole caretaker and breadwinner for a family of 7? After-school involvements for 6 kids? Again, I’m admiring of the producers wanting to show us a perfect world where the obviously best skilled candidate wins out…and, unfortunately, I don’t know that the hiring world sees things the way these producers do. But, good on ‘ya, they inject a bit of real reality when The Palms management just happens to find another role in their Boston location for Ryan.

In the process of producing my own “reality” show around the world of work and people pursuing their dreams, I’ve become intimately aware of the elements necessary to make a show fly. Therefore, I don’t critique the sweetness nor simplicity of the worldview “The Job” promotes. I only emphasize the contrasts between this TV reality and the one most candidates see day-to-day so that perhaps we can all get more clarity on the way it really “should” be.

More next week on “Real World on ‘The Job’?”